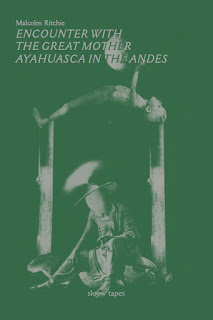 Malcolm Ritchie was born in London, in 1940. He spent his childhood in Scotland and later on moved to Cornwall where he attended art school. Since then he has traveled widely and has lived in Wales, London, California, New York, and for nearly 10 years in Japan. He now lives in Scotland again, on the Isle of Arran. His books include The Shamanic Healer and Village Japan. Limited to 50 copies.