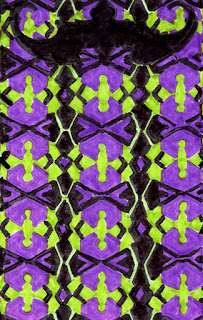 Miminokoto are guitarist and vocalist Suzuki Junzo, drummer and Acid Mother Koji Shimura and bassist Nishimura Takuya. Their gig at the Penguin House, Koenji, Tokyo in 2016 was released simultaneously in 2017 on Suzuki Junzo’s own label Plunk’s Plan (as a CD and a digital album) and on Sloow Tapes (as a limited edition cassette). Suzuki Junzo’s frail and unsteady voice wavers over his intense and psychedelic guitar work. Koji Shimura and Nishimura Takya, both gifted musicians themselves, are solid partners on his bluesy trips and at times follow a wild path of their own, only to join Suzuki Junzo again in one of his long psychedelic pieces or more conventional rock songs on this album. Miminokoto. From Tokyo. With love. (Sea urchin) 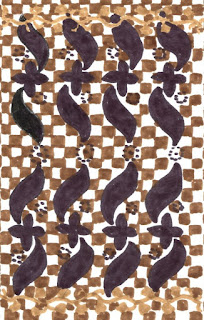 Abstract duo of two grand masters: Kris Vanderstaeten (percussion, objects) and Frederik Leroux (guitar). Both explore the endless possibilities of their instruments in terms of dynamics, texture and space. A surreal mix of instant composing, free improvisation and minimalism. Edition of 70 copies.

Percussionist Kris Vanderstraeten, bringing his long experience in free improvisation, and relatively young guitarist Frederik Leroux teamed up in November 2016 for a concert at De Audioplant, Antwerpen, where they were recorded by Simon Beeckaert. During the recorded session each musician skillfully explores his instrument and together they get involved in a shuffle of gentlemen-pugilists. Sloow Tapes did well to publish this disruptive continuum of small amplified movements and sounds. (Sea Urchin)