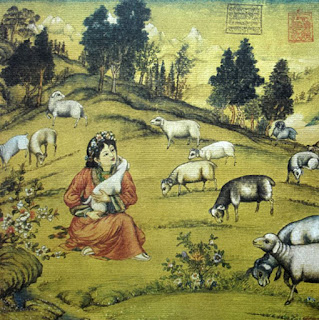 Released on Bart De Paepe's long-running label exploring the intersections of psychedelic drone mantra rock and free improvisation. Louise Landes Leviis a poet extolling the deep heart poetics of mystic Eastern rumination, particularly the traditions of bliss music and art from India. She dedicates this session to the Japanese poet Kazuko Shiraishi "herself a kami". Hearing the Belgium lads, both of whom have, for years, presented mantra mind psyche-conscious recordings, improvise with Louise's gentle sarangi communications is to hear the focus of contemporary intrigue with the timelessness of Louise's experience - from her participation in Daniel Moore’s Floating Lotus Magic Opera Company, her studies with sarangi-master Pandit Ram Narayan, Annapurna Devi, Ali Akbar Khan & La Monte Young to the now and forever. (Thurston Moore)